GET IN TOUCH TODAY 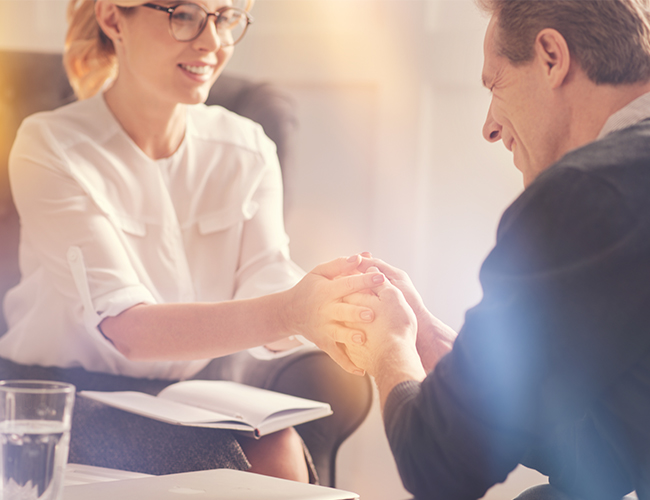 Windsor Walk Housing Association (WWHA) is a not-for-profit housing association based in south Southwark, London. It is a registered society under the Co-operative and Community Benefit Societies Act, 2014. We provide accommodation for people who have experienced significant mental health issues and who would benefit from a supportive environment which will enable them to live as independent a life as possible.

WWHA has twenty-one rooms and flats across four properties. Each property has a different level and style of support, tailored to meet the needs of the tenants living there.

Staff are available 9am to 5pm Monday to Friday.

Please contact us for further information or to discuss a possible referral.

Windsor Walk Housing Association opened its first house in 1970. The Housing Association was founded as part of a co-ordinated development of local services to replace the large, out-of-town asylum where people had formerly received their mental health care.

Although the internationally renowned Maudsley hospital is located in south Southwark, when the NHS was established in 1948 the Maudsley and Bethlem Royal Hospitals were designated as national resources rather than a provider of local services. The people of south Southwark received their mental health care from Cane Hill hospital in Coulsdon. As the ‘de-institutionalisation’ and ‘community care’ movements gathered force in the 1960’s a group of psychiatrists including Drs Birley, Bennet and Isaacs, together with some committed and energetic local people, began the process of bringing a mental health service back to south Southwark. In-patient facilities were established, first in a local hospital and later in the Maudsley Hospital, and a day hospital was established. However, these pioneers believed that an adequate mental health service had to be holistic. With this in mind they raised funds and took on mortgages to establish: a day centre, a factory providing supported working conditions, and local supported accommodation. That supported accommodation is Windsor Walk Housing Association. 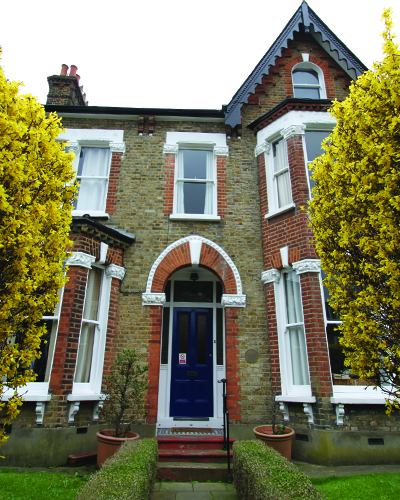 We provide our highest level of support to the tenants in this house. Staff are available 9am to 5pm Monday to Friday. Rooms have en-suite facilities. Meals and laundry services are provided, and tenants are supported in maintaining and developing their skill of independent living. 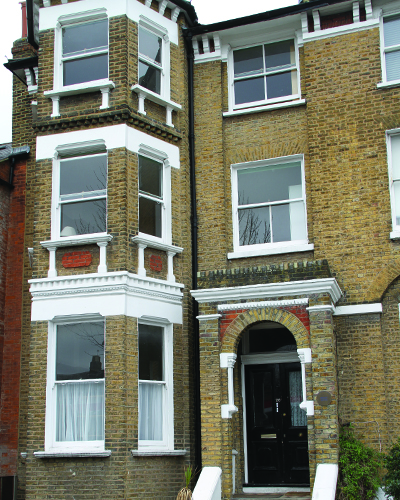 We provide an intermediate level of support, in as flexible a manner as possible to the tenants in this house.
All room have en-suite facilities. Tenants are provided with meals and laundry and cleaning services.
There are seven tenants living at Birley House. 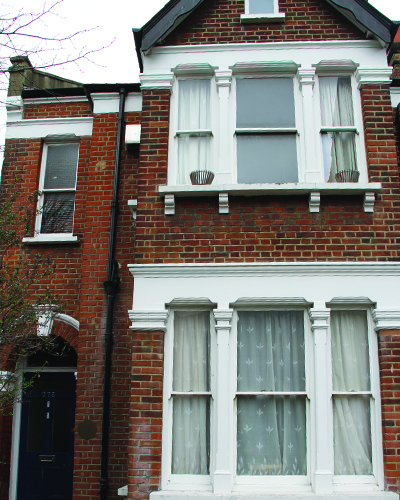 Bennett House has four self-contained flats. Again, the staff team assist with laundry and cleaning and are available should anyone need support or advice. 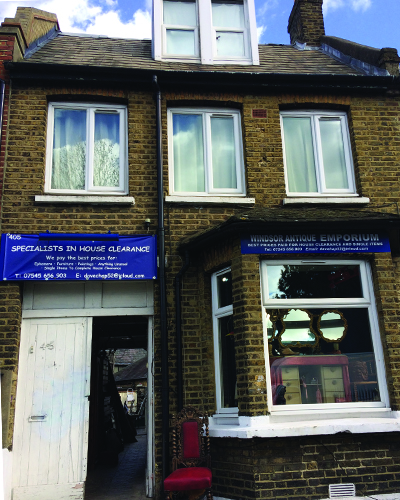 This Victorian terraced house currently accommodates one tenant. However, we are hoping to develop this property in the near future to provide more independent accommodation.

I started at Windsor Walk 15 years ago as a support worker. I’m now the Manager and I’m responsible for ensuring our tenants receive exceptional levels of support. The best part of this job is working with the tenants and the staff. We work hard to create a family environment. Outside work I like to relax by spending time with my family.
JoanManager 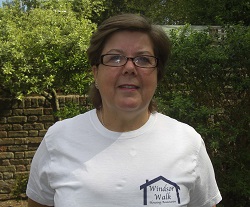 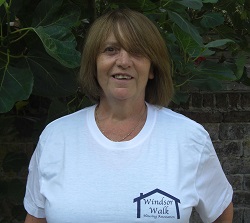 I came to Windsor Walk 16 years ago as a support worker. In the last year I have taken on some cooking responsibilities and I love my job!
Ava 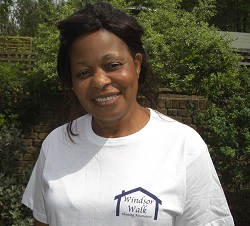 I joined three years ago to provide cover and I never left! My position is a support worker and the best part of my job is working with the tenants which I really enjoy!
Karen 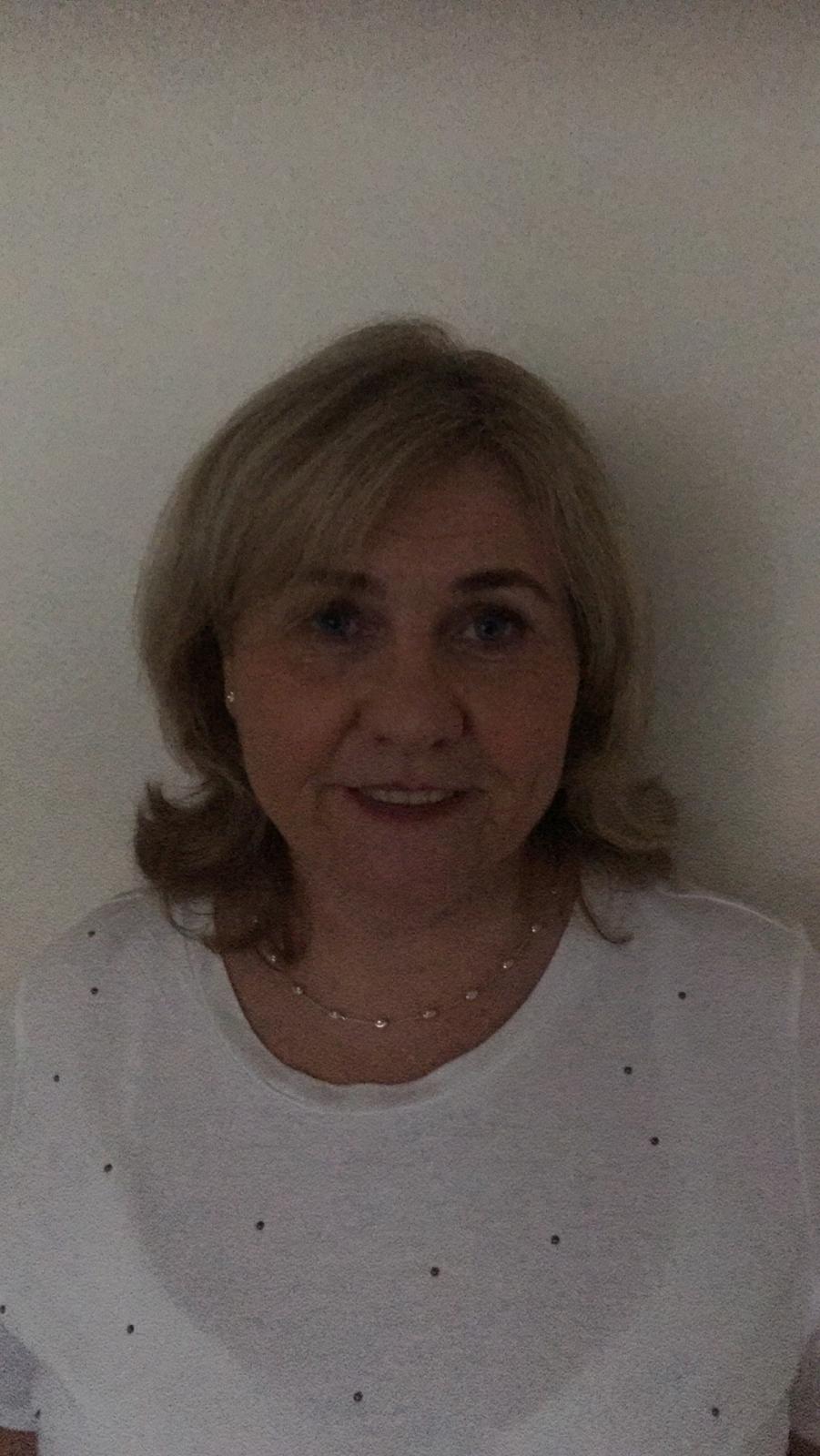 Would you consider helping
a great cause in your community?

If you would like to be considered in becoming a volunteer, please fill in the following form.